Skip to content
Turch Mir also known as Terich Mir and Terichmir is the highest mountain in the Hindu Kush region and this mountain has the distinction that this is highest mountain outside of the Himalaya-Karakoram range, located in Khyber-Pakhtoonkhwa, (KPK)  Pakistan. The mountain was first climbed in 1950 by a Norwegian expedition consisting of Arne Næss, P. Kvernberg, H. Berg, and Tony Streather. 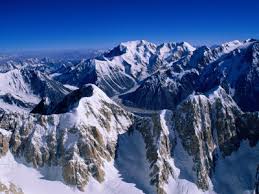 Turch Mir also have attraction that the entire Chitral town was seen including the main bazaar. even it can also be seen from Afghanistan. Local residents told that it is  not impossible to climb it, because of all the Jinns, demons, witches and fairies who live up there. They  also believe that Tirich Mir have a lot of fairies and they told that fairies  special meetings, washing and grinding rice.
This mountain is very dangerous and every year few tourists are killed while hiking and trekking around this killer Turch Mir. Even the bodies of hikers are not found in this area.
Tirich Mir ( ترچ میر‎) is the highest mountain of the Hindu Kush range, and the highest mountain in the world outside of the Himalayas-Karakoram range, located in Chitral District.
The last village in Chitral before reaching Turch Mir is known as Village Tirich. It is lies in Mulkow. The people have a Khowar language which us most speak. The residents are available for hire as porters and tourist guides and will lead trekkers part way up the mountain, but there is a point wher they can not approached and advice to the tourist not to go. 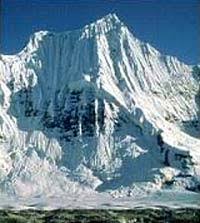 Local were believed the origin to the name Turch Mir is “King of Tirich” as Tirich also known as  side valley of the Mulkhow valley which approach to  Turch Mir. Otherwise the etymology derives its name from the Wakhi language which means the shadow or darkness and mir means king so its means Turch Mir as The KING OF DARKNESS . It could have got this name as it causes long shadows on the wakhan side of its face. This peaks is also known as killer and most of the tourist are avoid to climb this due to big and huge glaciers.