Skip to content
Urdu is the national language of Pakistan spoken throughout Pakistan and Gilgit-Baltistan as lingua franca. 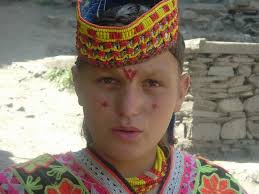 The Local languages are Shina, Balti, Khowar, Wakhi and Burushaski, As elsewhere in Pakistan, English is fairly widely spoken among the educated classes and those involved in the tourist industry.
Kalami is a Dardic language spoken in northern Pakistan.

The language is also known as Gawri or Garwi but this name is considered pejorative by some speakers.There are three divergent dialects, known after the main valleys: Hunza, Nagar, and Yasin (also called Werchikwār). The dialect of Yasin is thought to be the least affected by contact with neighboring languages and is generally less similar to the other two than those are to each other; nevertheless all three dialects are mutually intelligible.