Skip to content
Rama Valley is thickly forested with huge pine, cedar, fir and juniper trees. The valley is about 3300 meters (10800 feet) above sea level and thus is snow covered for 7-8 months of the year. In summer, it becomes lush green; conditions favored by local shepherds. 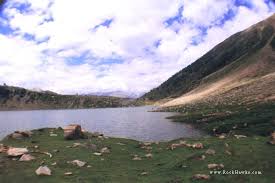 From here one can trek to east side of the Nanga Parbat (also known as the Killer Mountain), the world’s 8th highest mountain.
Rama Lake is a lake near Astore in Gilgit-Baltistan, Pakistan. It is on the top of the beautiful Astore Valley, covered with oak trees and greenery.
Location
On the way to Rama Lake, from Astore Valley, there are three small lakes called Sarot in the local Shina language.
Before 2005, Astore was a Tehsil of District Diamir, the 5th District of Gilgit-Baltistan. Now Astore has been upgraded to a District.
There are more than 50 small beautiful villages in Astore. Some of which are Chilm, Bubin, Gorikot, Eid Ghah, Fina, Bulen, Chongra and Pari Shing. Chilm is the most beautiful village among all the villages of Astore, because it is the starting point of Deosai, the world’s second highest plane. 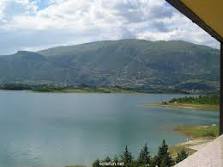 How to Reach
Lake Rama is near Astore village. On KKH after passing the exit for Fairy Meadows keep driving for about another 20 minutes. When you come across the sign for Astore turn right there, keep going for another 2-3 hours. You will arrive at the village of Astore. Inquire the locals for directions to the lake. The valley is popular for camping in the summers, and also has a good PTDC hotel.Road towards Rama lake now has been cemented and tourists can reach there without undue difficulty. The area is known for its spectacular views, especially during the dawn and early morning hours.
People :
Rama Lake is Located in Choungrah and the people of Choungrah are called Choungroch.