Skip to content
The demography and population of North Pakistan is consisted of different  unique diverse linguistic, ethnic, and religious groups of this heaven on earth, there are many beautiful and isolated valleys separated by some of the world highest peaks. The population of this heaven on earth is a mixture of many ethnic groups such as Shins, 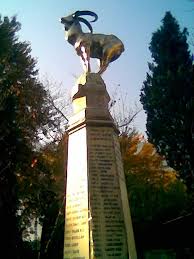 Yashkuns, Kashgaris,Kashmiris,  Pathans and Kohistanis. Ismailis and Agha khanis  are also there. Urdu which is the national language of Pakistan is the lingua franca of this  region, understood by majority  of the inhabitants of this area. The Shina language (with several dialects like Asturjaa, Kharuchaa, chilasi) is the language of 60% of the population, spoken mainly in Gilgit, Astore, Diamer even in some parts of Ghizer. The Balti dialect, a sub-dialect of Ladakhi and part of the Tibetan languages group, is also main langauge in North Pakistan and this is spoken by the entire population of Baltistan. Wakhi language is also spoken in this area and alsp in upper Hunza, and in some villages in Ghizer, another language which is  Khowar is the language of Ghizer is also spoken in this area. Burushaski is an isolated language spoken in Hunza, Nagar,and Yasin and some areas of Gilgit and in some villages  and town of Punyal. Domaaki language is also spoken in this area this is very  interesting language because this language is  spoken by the musician clans in the region. In some area a  small minority of the region also speak Pashto. There are some remnants of Kashmiri is this area and in census which was held  in 1998, the population of Gilgit and Baltistan was 870,347. In this censes approx 14% of the population was urban and remaining 86 % was rural. So the demographically of this area very interesting due to large number of different linguistics and ethnic and religious groups.